The History Of Damhead School

The Following Extracts Have Been Taken From The Booklet:

Compiled by Ivor Hutchinson (former teacher) and have been reproduced here with his kind permission. 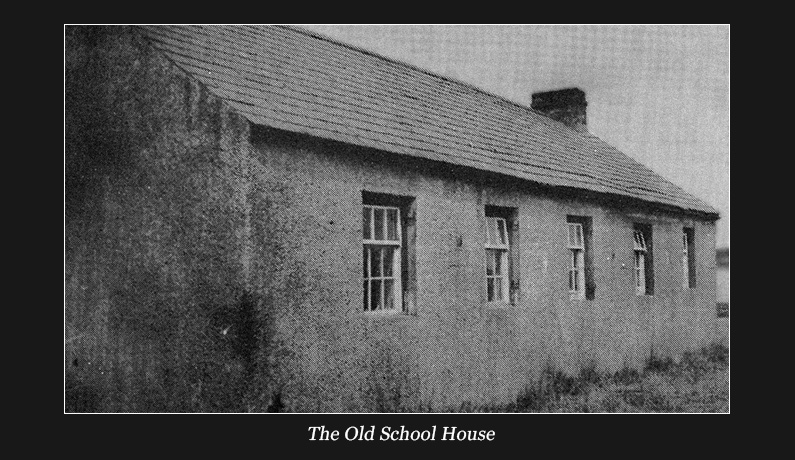 Damhead Primary School was established in 1797 and is situated on the Damhead Crossroads, just off the main Coleraine to Ballymoney Road, 2 miles from Coleraine. It nestles against quiet, rich countryside and is yet convenient to several residential areas. Most of our children travel to school by car, from within a radius of approximately six miles; a small number travel by bus.

Damhead In The Early 19th Century

Damhead was established as a seat of learning in 1797. In these early foundation years, it is unclear exactly what form the school took. One theory is that it could have been established as a ‘Hedge School’, for those pupils coming from a ‘Dissenter’ background, denied education under the ‘established’ Government administration of this time.
The earliest source relating to Damhead Primary School is dated back to 1840. This source documents the school’s application to achieve ‘National School’ status. The application provides us with information about the school building, the same building which existed until 1933. It states that…..

1. “the school occupies a very desirable setting being in the midst of open, well inhabited country with good roads leading in every direction. The school is likewise the oldest seminary of education in the entire district. The present schoolhouse is built of stone and lime……and thatched. It is in pretty good repair; the inside is plastered and whitewashed and is lighted with six windows.”

Joseph Henry, aged 43, was the teacher in charge of leading Damhead into this new era. With 44 children under his instruction, he was given £8.00 for his first year’s work.
A school day in 1840 commenced at 10am and lasted until 3pm. The two hours until 12 o’clock were wholly set apart for reading the scriptures and the remaining three hours were employed for secular instruction.
School was also open on Saturday and this day was entirely used for reading the scriptures and catechismal instruction. Sources show that the books used at this time comprised of the Bible and the Common Spelling Books.
Sources would suggest that schooling was tough for both pupil and teacher in the early days. Firstly, pupils had to pay for the privilege of receiving their education. They also had to endure a daily personal inspection of hands, face, hair and clothes, the purpose being…..

2. “to promote cleanliness, neatness and decency.”

Secondly, the teacher, to maintain his respectability was to…..

3. “avoid fairs, markets and meetings, but above all, political meetings and abstain from controversy.” 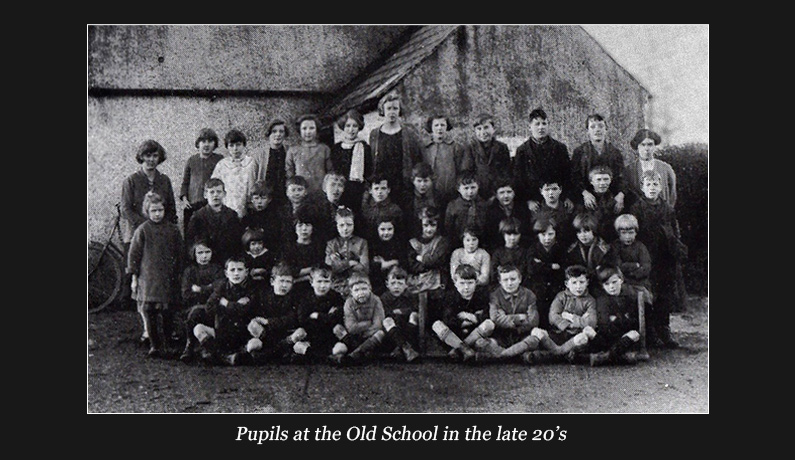 Annual inspectorate reports provide us with information regarding this period in the school’s history. In general, each of these reports refer to the good standard of education being delivered in spite of the deteriorating condition of the old school building.
The criticisms of the school building were being levelled as early as 1904, however it took another 29 years before any action was taken by the education authorities and a new school provided.

The formation of Northern Ireland in 1921 led to changes in the administration of education in this jurisdiction, with the National School being replaced by the Public Elementary School.
Not only was there a name change at Damhead, but a new school building was erected on the other side of Damhead Road. The new school, which comprised of two classrooms, officially opened its doors on 20th November, 1933. The school was set in spacious grounds, which were enhanced by the establishment of flower and vegetable gardens maintained by the senior pupils.

Life In The New School

The new school was not devoid of problems. One of the first related to the supply of fresh drinking water from the well. The technology of the time allowed water to be pumped into the school, however the supply was deemed unsafe in 1934. This was due to the high concentration of lime in the water, which had seeped into the system from the cement used in the new building. The well was pumped empty, but to no avail. The problem remained until 1955, when the school was linked to the mains water supply. 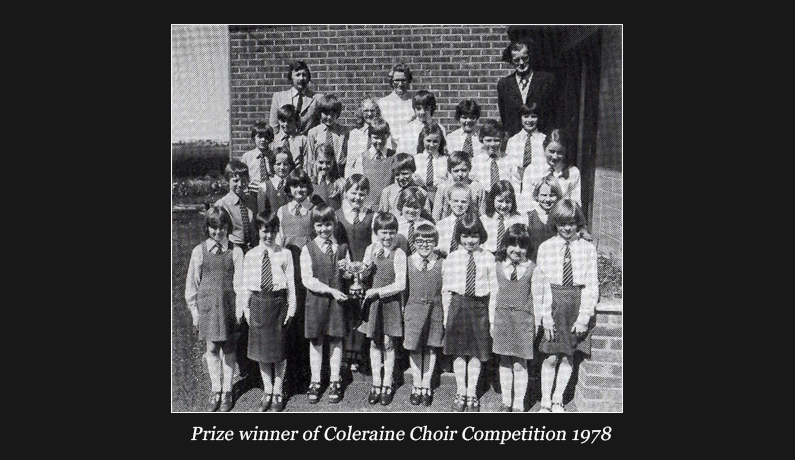 By the late 1950s Damhead, under the Principalship of firstly, Miss Teevan and secondly, Mrs Kennedy, grew in numbers. This was due, in part, to the new housing development at Windyhall. As a result there was a need to expand the existing school building to three rooms and provide a new kitchen and cloakroom area. This work was completed in 1959. In the meantime, the old schoolhouse was still in use. It provided extra space for school performances, parties, as well as classes. The old school continued to be used until the mid 1960s, when it had to be demolished due to its proximity to the main road.

In the late 1960s growth was extended and Damhead became a four teacher school and was ‘blessed’ with the arrival of its first mobile classroom, which eventually became the assembly hall. In 1968, permission was granted to use the field, adjacent to the school, for sports, thus providing more space. A new mobile was added in 1991 and two further mobiles arrived in 1994 and 1996. Extension work was also carried out, with an office being built and a new staff room being added.

In 2003, Damhead School experienced huge change. The old ‘new school’ was demolished, which made way for a fabulous modern six room school building, designed by The Harbour Studio. This building “reinterprets the rural vernacular creating a scheme which sits at ease in the countryside”. A mobile classroom completes the accommodation and pupil numbers have risen to 203 under the Principalship of Mrs Norma Reilly. The new school officially opened on Oct 23rd, 2003.

In April 2016 Mrs Reilly retired and Damhead Primary is now under the leadership of Principal Jill Laverty. The school continues to go from strength to strength.

We are but a small segment in history and after we have long gone, the name of Damhead Primary School will survive, educating our children for generations to come. 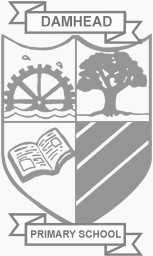 © Copyright 2022 Damhead Primary School. All rights reserved.
Website Design Northern Ireland by Redback Creations
We use cookies on our website to give you the most relevant experience by remembering your preferences and repeat visits. By clicking “Accept All”, you consent to the use of ALL the cookies. However, you may visit "Cookie Settings" to provide a controlled consent.
Cookie SettingsAccept All
Manage consent

This website uses cookies to improve your experience while you navigate through the website. Out of these, the cookies that are categorized as necessary are stored on your browser as they are essential for the working of basic functionalities of the website. We also use third-party cookies that help us analyze and understand how you use this website. These cookies will be stored in your browser only with your consent. You also have the option to opt-out of these cookies. But opting out of some of these cookies may affect your browsing experience.
Necessary Always Enabled
Necessary cookies are absolutely essential for the website to function properly. These cookies ensure basic functionalities and security features of the website, anonymously.
Functional
Functional cookies help to perform certain functionalities like sharing the content of the website on social media platforms, collect feedbacks, and other third-party features.
Performance
Performance cookies are used to understand and analyze the key performance indexes of the website which helps in delivering a better user experience for the visitors.
Analytics
Analytical cookies are used to understand how visitors interact with the website. These cookies help provide information on metrics the number of visitors, bounce rate, traffic source, etc.
Advertisement
Advertisement cookies are used to provide visitors with relevant ads and marketing campaigns. These cookies track visitors across websites and collect information to provide customized ads.
Others
Other uncategorized cookies are those that are being analyzed and have not been classified into a category as yet.
SAVE & ACCEPT